What does Smokefree Aotearoa 2025 mean? How did it come about? Why we are aiming for it? And what we can do to help reach it.

Smokefree New Zealand The countdown to 2025 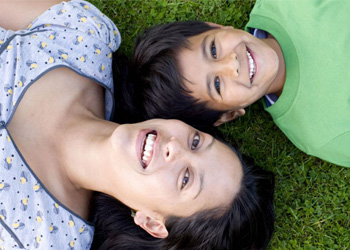 It’s not about banning smoking. It’s about taking action against tobacco so that by 2025, hardly anyone will smoke.

Being smokefree and having smokefree environments help support the health and wellbeing of our families and whānau. We know tobacco kills, so it makes sense.

In October 2017 the Ministry of Health put out a position statement that said it considers vaping products have the potential to make a contribution to the Smokefree 2025 goal and could disrupt the significant inequities that are present. Learn more about vaping at vapingfacts.health.nz and the Ministry of Health website.

The Ministry of Health ran a six week consultation (which closed on 31 May 2021) requesting proposals/feedback from New Zealanders on a Smokefree Aotearoa 2025 Action Plan. Many people and organisations shared their thoughts on the next steps towards better supporting more New Zealanders to stay smokefree, quit smoking tobacco or help them move to less harmful alternatives.

The submissions are now being analysed and a final Action Plan will be published in due course.

For these reasons, and many more, the Inquiry outlined measures “to remove tobacco from our country’s future in order to preserve Māori culture for younger generations.”70 It was because of this inquiry the Smokefree Aotearoa New Zealand 2025 goal was set.

You can read the Government’s response to the inquiry here.

You can learn more about Smokefree Aotearoa New Zealand 2025 here.

How can I get involved?

This website and a range of services in your community is a great place to start to make Smokefree 2025 a reality.

16% of the adult population in New Zealand smoke.